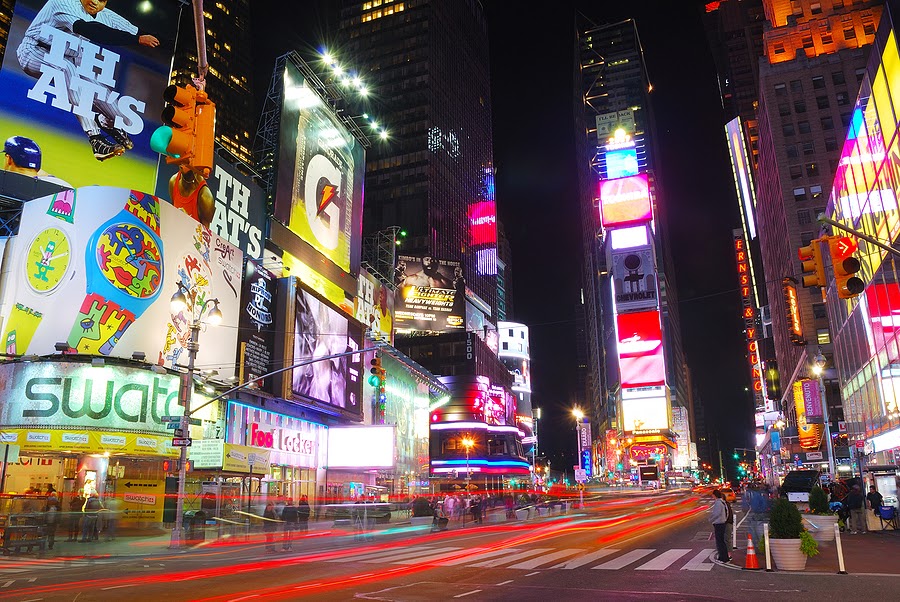 While it may just seem like a part of advertising, one of the fundamental parts to any good business is the quality of their signage’s typography. The typography in your signage is a big part of how customers engage with and remember your business, and it fosters a sense of character and attitude, hopefully based on high-quality composition and implementation instead of misguided design.

When creating signage with typography, it can be one of the most exciting ways to visualize how you want your business to look and feel. But with so many possibilities available, choosing the right font, spacing, and style can be a daunting task. Let’s take a closer look at a few general do’s and don’ts to ensure your signage’s typography is working as hard as you do.

DO: Stick With The Primary Font Families

Especially if you’re new to typography, one of the biggest principles to remember is that there are three main categories of font families: serifs, sans serifs, and display fonts. All three have purposes they’re best used for and see frequent use among professional designers.

Additionally, it’s important to remember that typefaces and fonts aren’t the same thing. Essentially, typefaces are designs and fonts are their representation. A font is the variation of type in styles (like bold or italic) and sizes. For example, Geramond is considered a typeface, but Geramond with 16-point sizing and regular, bold, and/or italics settings is a font.

These fonts have small lines or stylizations as part of the design of the letters. These embellishments are called “serifs.” Common fonts such as Times New Roman and Merriweather are common examples of serifs that are used for signs, digital publications, and more. Since this font is easy to read whether large or small, it’s often found in books and journalistic pieces, but it’s also a great choice for signage that benefits from a little flair and a sophisticated presence.

These fonts specifically do not have small lines or stylizations connected to the ends of the letters. They’re among the most-used fonts in this group include Roboto, Helvetica, and Arial. Since serif fonts are often considered to be best for larger bodies of text, you’ll see variations of Sans Serifs used for effective signage more frequently. They’re more versatile as lettering and are also great for section headers, captions, and titles for your signage.

The display font family includes those fonts that are intended to be more playful by design. These fonts might be cursive or handwriting fonts, or even just funky fonts that serve a narrow but impactful purpose for particular types of signs. For instance, large logo signs for businesses have a higher chance of using display font to express a sense of character and style that is unique to the business and not seen visually elsewhere. This helps a business maintain a memorable presence with clients and customers. For quick reference, a couple of widely-used display fonts are Lobster and Alfa Slab One.

In typography, legibility is king. Giving your signage’s text more space is usually a good idea, but it’s essential to maintain a visual balance. For example, text with too much leading, kerning, and/or tracking can make letters look disconnected and too far away from each other. This can make the text just as challenging to read as overly cramped, bunched-up lettering.

You’ve always heard that “Content is King,” which should translate in typography to “Legibility is King.” balance style with legibility/readability

Lots of new designers like to pick out the most stylish, modified typefaces to help their design stand out. It’s an understandable desire, but in practice it often creates text that is almost impossible to recognize! It’s crucial to use a typeface that looks nice, but make sure the typeface never obscures the message.

Be wary of using script typefaces specifically. These are designed to appear like old-fashioned calligraphy handwriting, usually with broad strokes and curled characters. Such stylization may seem elegant and even luxurious, but it can be very difficult to read!

DO: Match Your Signage’s Typeface With Your Audience

What style of font or typeface does your business or organization use for its signage? Is it consistent with your brand’s image? Finding an ideal typeface for your signage is an important element of your branding because it establishes the visual communication you use for your customers and what they come to associate with your work.

It’s essential to prioritize the styles and tastes of the people reading your signage and who you want to connect with. Want your business to give a friendly and inviting first impression? Depending on the company, a typeface with curves and a bright personality could be best. Want to be considered more serious and professional? A traditional-looking, clean typeface could be the best choice.

With the above tips, you’ll have no problem working out the best fonts, typefaces, and styles for your signage’s typography! For more information about typography principles for great signage or any other design questions, Bartush Signs is here to help. We are the premier display signage company in Orwigsburg, PA. Reach out to us here to learn more!

Considering Architectural Signs? Here’s What You Need to Know!
January 17, 2023