The 5 Most Iconic Signs in Detroit

You are here:
April 20, 2021Leave a commentSignageBy Kyle Walton 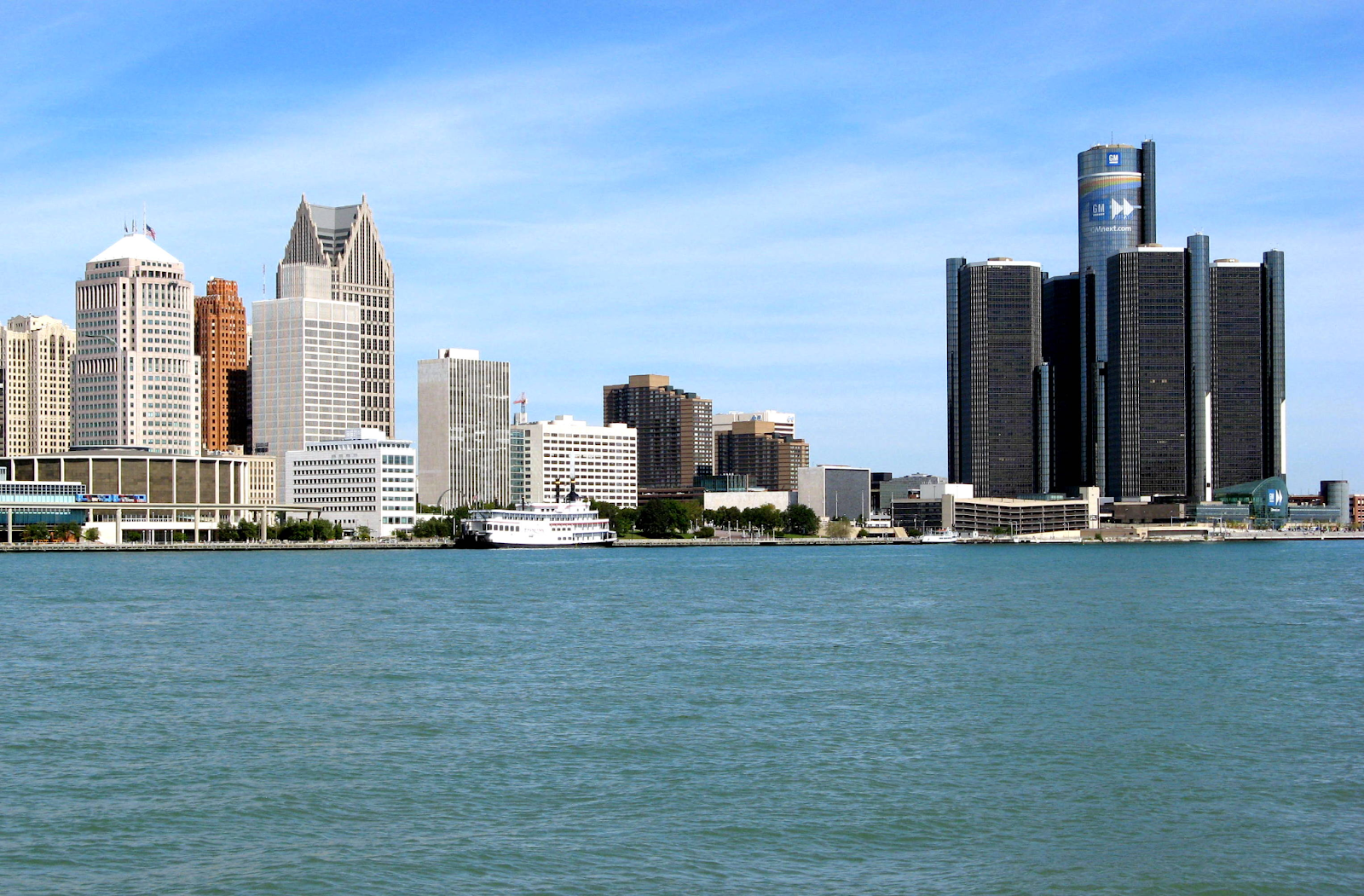 The city of Detroit, Michigan is a historically significant town. Known worldwide as the birthplace of American automotive and Motown music, Detroit is the largest and most populous city in the state of Michigan.

Although The Motor City has taken a hit in terms of its national reputation in recent years, the city is consistently working to restore itself to former glory, with thriving local, national, and global businesses all stepping up to the plate.

As many loyal Detroiters will tell you, The Motor City is not without its local charms. Without further ado, here are the five most iconic signs in Detroit, Michigan. 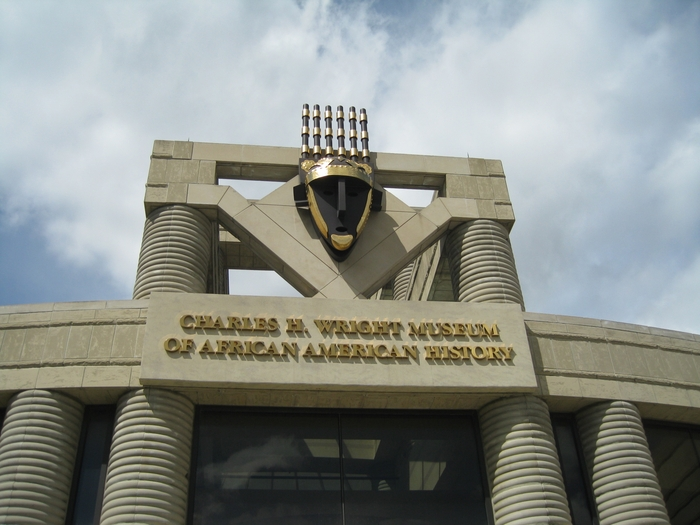 It is home to more than 35,000 artifacts and is the largest display of African American history in the world. Rotating exhibitions, events, and educational resources are all available to enhance your visit.

The museum is crowned by a large depiction of a traditional African folk mask sculpture, unique African-inspired pillar architecture, and distinguished lettering that spells out the name of the museum for all to see.

The Detroit Institute of Arts 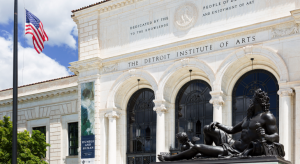 The world-famous Detroit Institute of Arts boasts a collection of more than 65,000 artworks, which makes it the home to one of the largest and most significant art collections in the entire U.S. The artwork on display inside the institute spans the entire length of human civilization, and includes pieces from iconic artists like Diego Rivera.

The Detroit Institute of Arts, located at 5200 Woodward Avenue, is complete with a naturally artistic display sign, which features a number of architectural marvels and magnificent sculptures. The name “The Detroit Institute of Arts” is beautifully etched into the stone face of the building itself, as are the words “Dedicated by the people of Detroit to the knowledge and enjoyment of art.” 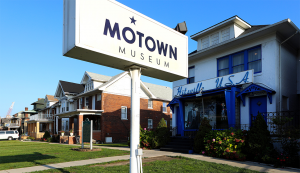 If you’re interested in learning the story behind what earned Detroit the nickname of “Rock City,” look no further than the Motown Museum, which is located at 2648 W Grand Boulevard.

Inside the museum, passionate guides will literally walk you through the historical tale of how Berry Gordy turned an $800 loan into one of the most influential record labels of all time. Artists like Diana Ross, the Supremes, Smiley Robinson, Stevie Wonder, the Temptations, Marvin Gaye, and Michael Jackson have all walked through this very building at one point in history.

The museum is built into Detroit’s first Motown headquarters and recording studio. It is famous for its iconic sign, it’s whimsical building header, which reads “Hitsville U.S.A.” written in marvelous blue script, its large picture window, and its picturesque steps. 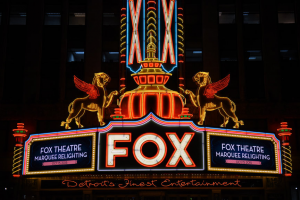 Designed by prolific theater architect C. Howard Crane, Detroit’s historic Fox Theatre, located at 2211 Woodward Avenue, dates back to 1928 when it first opened as a flagship movie palace. It was the largest theater in the city at the time, offering more than 5,000 seats.

Today, Fox Theatre is world-renowned as one of the most culturally significant music and entertainment venues in the country, having played host to countless iconic acts including Frank Sinatra, Aretha Franklin, Hall & Oates, Alice Cooper, and an endless parade of iconic Motown musicians.

The Fox Theatre is particularly noteworthy for its lavish neon marquee, which depicts two winged lions pawing at a bright golden crown, and a magnificent vertical tower reading “FOX.” 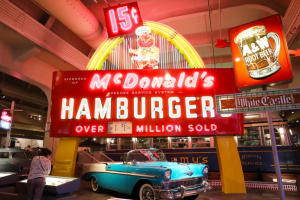 The history of Detroit can not be told without mentioning the industry that put the city on the map in the first place, Henry Ford’s automobile. Not only is Detroit the home of the prestigious Ford Motor Company, but it also houses the headquarters of all American automakers.

In the nearby suburb of Dearborn, you’ll find the headquarters of the Blue Oval brand is located at 1 American Road, with The Henry Ford Museum located just around the corner at 20900 Oakwood Boulevard.

The Ford Motor company’s iconic Blue Oval sign adorned with white script is instantly recognizable on the face of Ford’s main headquarter building, but perhaps more interesting is the Henry Ford Museum. This historically significant museum occupies over 250 acres of land and is home to over 26 million artifacts, including the bus where Rosa Parks took a stand against segregation, the very first car built by Henry Ford, Bill Elliott’s 1987 Ford Thunderbird, a Lincoln Continental limousine used by President John F. kennedy, and so much more.

You can’t go anywhere in Detroit without running into some form of Ford advertising, and we’d say that’s pretty darn iconic indeed.