The 6 Most Iconic Signs in Boston

You are here:
February 17, 2021Leave a commentHistoryBy Kyle Walton 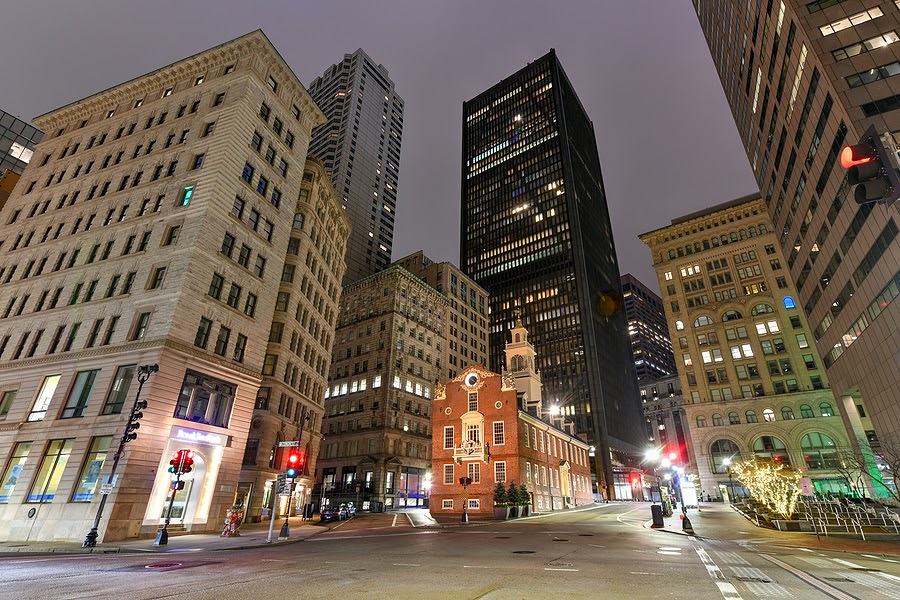 As one of the oldest and most historically significant cities in all of the United State of America, Boston is nothing short of iconic. Also known as the Cradle of Liberty, Beantown, and the City of Champions, Boston is the most populous city in Massachusetts, and the 21st most populous in America.

Not only is the city known for its great seafood, wildly successful sports franchises, and the instantly recognizable accents of many of its citizens, it’s also known for a number of landmark signs and vibrant advertisement displays. Courtesy of Bartush, here are the six most iconic signs in Boston, Massachusetts. 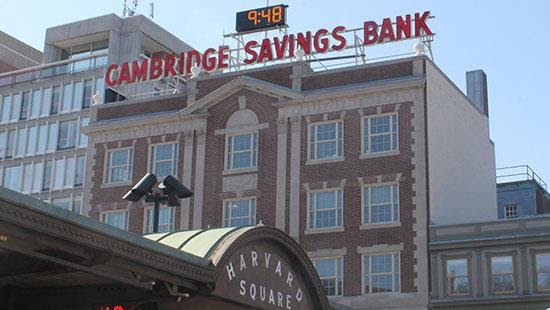 The simple yet commanding presence of the Cambridge Savings Bank sign comes complete with a digital clock that sits more than five stories above the street. Effectively communicating a sense of power and dignity, the sign is a popular sight for those familiar with Harvard University, one of the nation’s most prestigious institutions. 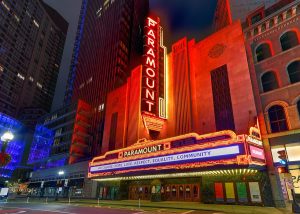 Opened in 1932 as a 1,700 seat, single-screen movie theater, the Paramount Theatre is located at 559 Washington Street. It was one of the first movie houses in Boston to play “talkies,” motion pictures which featured full dialogue and sound.

In 1976, the Paramount Theatre was closed, and most of its interior Art Deco design was destroyed during asbestos removal in the 1980s. Nevertheless, the building was designated as a Boston Landmark in 1984.

In the early 2000s, the theatre’s facade, marquee, and vertical lighted sign was developed by Millenium Partners in exchange for city approval of their adjacent Ritz-Carlton Towers project.

In 2005, nearby Emerson College announced plans to renovate the Paramount Theatre and build a $77 million dollar performing arts studio in and around the building. It was grandly reopened in March of 2010, vibrant signage and all. 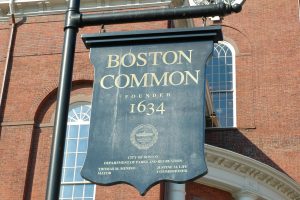 There are various signs throughout the city that denote America’s oldest public park, but the most iconic is the worn-out Boston Common sign located right outside the Park Street Church, which lends credence to both the modern prestige and the historical significance of Boston’s Freedom Trail.

In 1768 during the American Revolutionary War, the Boston Common hosted an eight-year encampment by the British military. Over 100 years later, the site served as a recruitment center for the American Civil War. 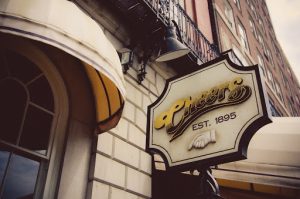 Immortalized forever in the opening credit of the sitcom Cheers from 1982 to 1993, the iconic Cheers sign hangs outside the fictional bar’s real-life counterpart, Cheers Beacon Hill (formerly known as the Bull and Finch Pub).

Today, this bar is located at 84 Beacon Street. While traveling through the city, stop by to take a photo of the iconic sign, and come inside to enjoy some Cheers merchandise and a burger named after your favorite character from one of America’s longest-running scripted U.S. primetime television series. 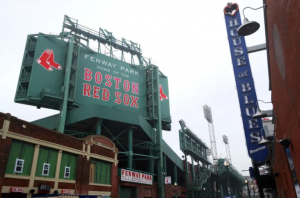 In the wide world of sports, few stadiums are as iconic as Fenway Park, the home of the Boston Red Sox. Even beyond that, the stadium is one of the most historical buildings in the country, featuring a number of unique architectural aspects.

Located near Kenmore Square, the ballpark is nearly 110 years old. Since then, the park has undergone renovation and expansion many times, resulting in quirky features like “The Triangle,” Pesky’s Pole, and the Green Monster in left field.

In addition to being one of the birthplaces of baseball, Fenway has also been home to various professional football teams, including the City of Champions’ beloved New England Patriots.

Like most professional sports stadiums, Fenway features a number of impressive LED signs that decorate the interior of the park, but the real treats are on the exterior, including the display signage that hangs in front of the park where the original established date of 1912 remains carved up top with banners of the Sox series wins hanging below. 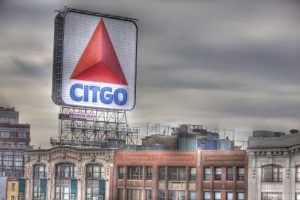 Hands-down, the most iconic sign in Boston is the Citgo sign located at 660 Beacon Street in Kenmore Square. This sign dates from 1965, when it replaced the old Cities Service display.

In July of 2010, the 3,600-square-foot sign’s traditional LED lights were replaced with more technologically advanced and environmentally friendly ones. Today, the Citgo sign shines brightly as a beacon of Beantown.

Though it may seem out-of-place to the eye of a non-Bostonian, the sign has remained hoisted above Beacon Street for nearly 50 years. Though it has repeatedly tried and failed to be designated as a city landmark, an agreement was reached in 2018 that will allow the Citgo sign to remain in place for at least 30 more years.