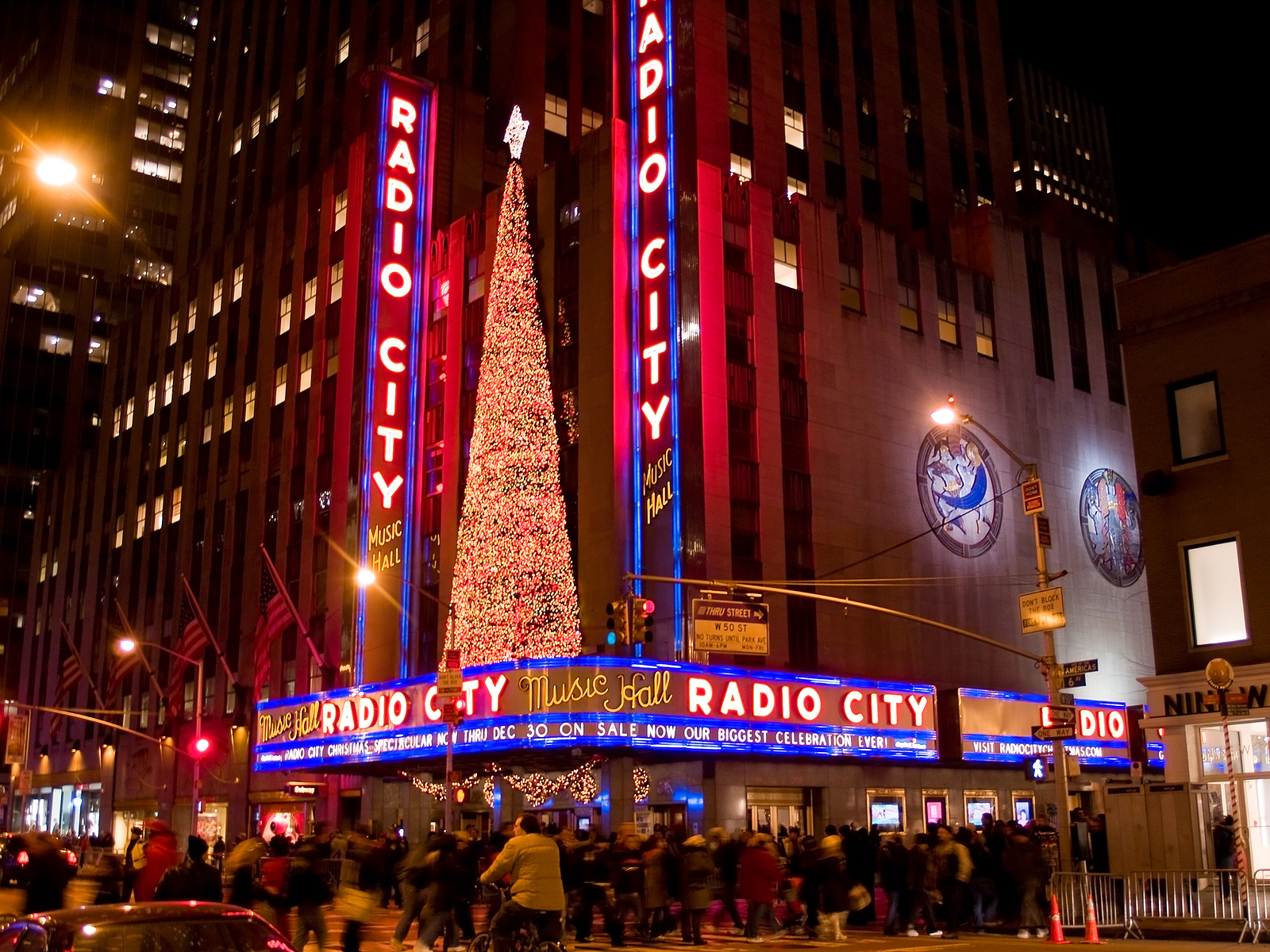 New York City is full of some of the most absolutely iconic sights in the entire world, and the signage there is no exception. There are not that many places in the world that draw tourists solely to take pictures of signs, and yet Times Square is one of the busiest places in the city for exactly that reason. From hotels to delis, the Big Apple is full of recognizable and beloved signs, but few are more legendary than Radio City Music Hall. Home of the Radio City Rockettes and the ever-popular annual Christmas Spectacular, the Radio City marquee is emblematic not only of New York City and the performances that the venue is known for today, but also of the legendary history of theater in New York. Let’s take a dive into the history of Radio City Music Hall sign and learn more about what it represents!

Radio City Music Hall was built in the early 1930s and had its grand opening on December 27th, 1932. The project was funded by John D. Rockefeller Jr., and was directed by S.L “Roxy” Rothafel, a theater genius of the time for whom the Rockettes would later be named (fun fact: they started out as the Roxyettes).

The inside of the Radio City Music Hall was expertly designed by Roxy to create an incredible experience for theatergoers, from the Grand Foyer to the lounges to the sunburst design of the Great Stage. The entire building cost about $8 million to construct in 1932, and 50,000 lb. of stainless steel and 40,000 lb. of aluminum were combined to create the marquee, which has been lighting up the corner ever since. The marquee is as long as a New York City block and the tall signs at both ends are each seven stories high, containing about six miles of red and blue neon and powered by nearly 600 transformers. Originally, it was built around the Sixth Ave. elevated train, although that structure was taken down in 1939.

In 1999, after 67 years of welcoming audience members, it was time for Radio City to get a facelift. The New York City Landmarks Preservation Commission approved the renovation, which would cost $70 million and take seven months. The lounges, organ, lighting system, theater interior, Art Deco ticket lobby and the “Fountain of Youth” mural in the Grand Foyer would all be included in the project, and of course, the sign would too. Broadway National Sign bid on the marquee portion of the renovation in March of 1999. In May, they were awarded the job and given the deadline of Sept. 30 that year to complete the work. The project was already going to be a difficult one, and the quick turnaround time further added to the challenge.

The safety of the project would be an issue due to the height, and additionally, city regulations didn’t allow trucks on Sixth Ave where the project would be taking place, so boatswain chairs needed to be used instead. The six miles of neon needed to be removed from the sign without damaging the tubes, since the neon shop would be taking patterns of them. It took three weeks for all of the neon to be taken down, and then the crew needed to clean the marquee and replace components including the transformers, wiring, housing and standoffs. That phase took eleven weeks, and despite the roadblocks, the project ended up finishing on September 20th, 10 days before the deadline.

Today, over 20 years after the renovation and 90 years after the Music Hall first opened, the Radio City marquee remains a dazzling New York City landmark. Its sheer size and its recognizable quality are a true spectacle, and perfectly communicate what you can expect once you step inside the doors. Whether you visit Radio City for the sign itself, the Rockettes’ eye-high kicks, the architecture, or just to stand in a place where history has been made, there’s something for everyone at Radio City, and this iconic marquee makes the perfect welcome.