You are here:
July 20, 2020Leave a commentHistoryBy Natalie Shaw 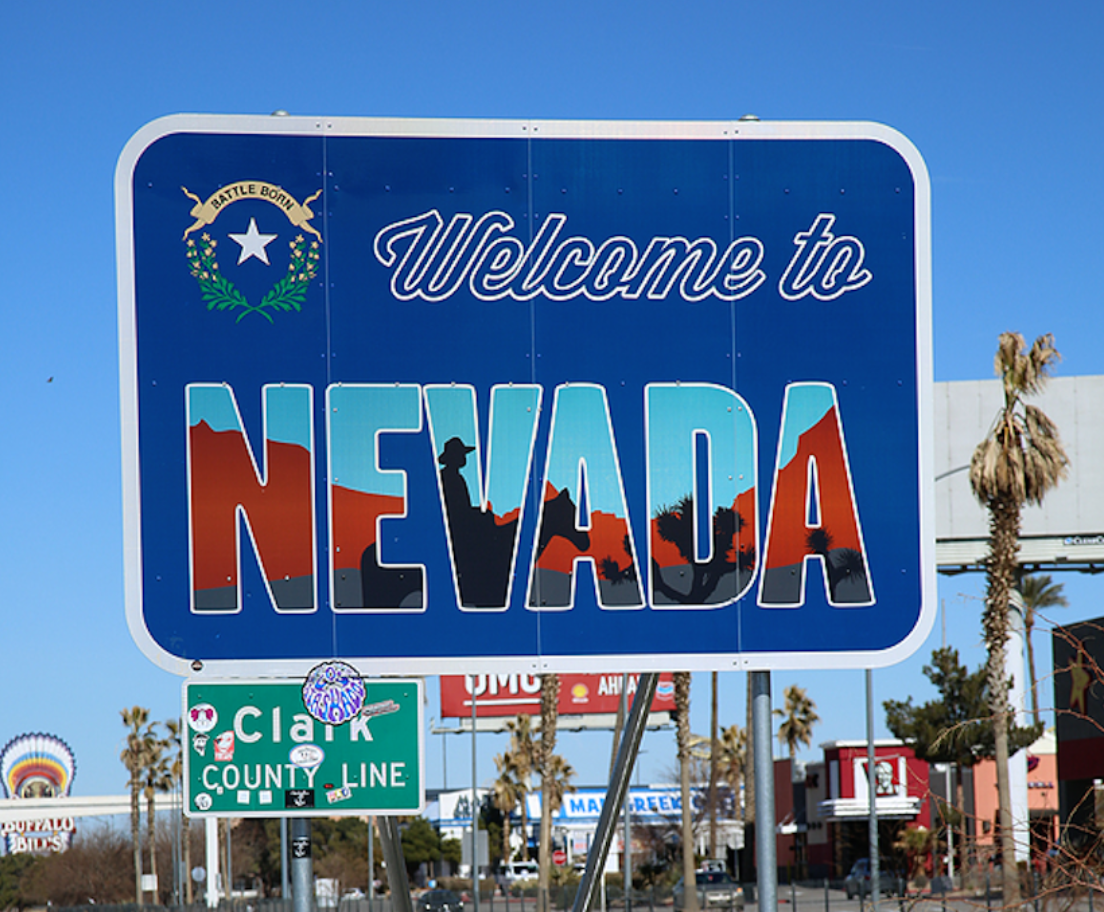 From the picturesque landscapes captured in its national parks to the glittering lights in Las Vegas and high stakes found in Reno, the state of Nevada offers a lot to see. From hiking to skiing, there’s a lot to enjoy in the great outdoors. Stop by the Hoover Dam or visit Lake Tahoe, and when you’re ready for a night out, be sure to visit the bustling cities. As you’re trying new food, catching a show, and following the ebb and flow of the crowd, you’ll also want to keep an eye out for these famous signs. 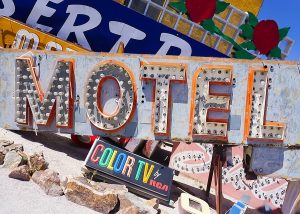 The Las Vegas strip first opened in 1941. While the Neon Boneyard might not be one specific sign, it is the place to go to see all of Las Vegas’s famous signs of the past. This 2.62 acre outdoor lot features over 200 of Vegas’s signs from the past and is open from 4 p.m.-midnight. Stop by after dusk to see Vegas’s past light up. General admission is $20 and can be purchased one month in advance. 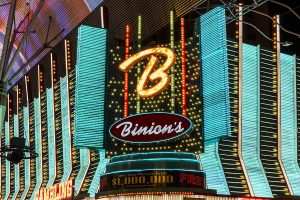 Located on Fremont Street, Binion’s Gambling Hall first opened its doors in 1951 as Binion’s Horseshoe. Binion’s Horseshoe was run by none other than Benny Binion and his family from 1951-2004. The gambling hall acquired the Mint in 1988 where the establishment utilized most of the Mint’s signature Googie style signage in its marquee. Most of the original signage remains today. If you would like to see the original horseshoe sign, however, you’ll have to visit the Neon Museum. Otherwise, be sure to take in this amazing signage as you’re walking among the crowd on 4th street or about to enter the hall. 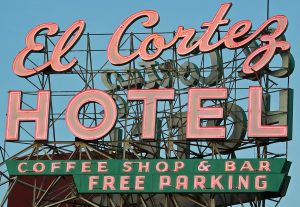 The El Cortez Hotel & Casino has been a part of the Las Vegas strip since it’s beginning in 1941. While the venue was originally thought to be too far from downtown to be profitable, it was so successful that Bugsy Siegel, Meyer Lansky, Gus Greenbaum, and Moe Sedway purchased it in 1945 from J. Kel Houssels. Quick to regain the El Cortez, Houssels bought it back in 1946, and in 1963 Jackie Gaughan purchased the hotel and casino. The neon signage maintains its salmon-pink glow as it has been maintained over the years, and in 2013, the establishment was added to the National Register of Historic Places. 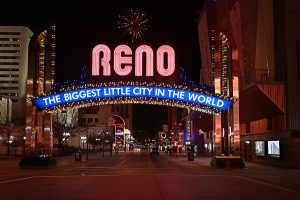 Reno is known as “the biggest little city in the world” and the Reno Arch is one of its most notable features. The original arch was erected in 1926 and lacked the famous slogan along with the glistening lights. The first arch was inspired by the completion of America’s first coast-to-coast highway and built as decoration for the Nevada Transcontinental Highways Exposition held in 1927. After the show had passed nobody wanted to take down the signature signage that arched over Virginia Street. Now after many renditions with the added slogan and lights, the current arch consists of 2,076 LED light bulbs that shine so bright, nobody will miss it! 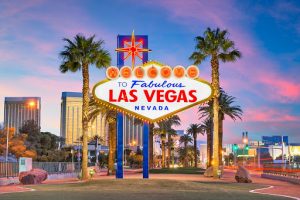 No list is complete without the signature Welcome to Fabulous Las Vegas sign. This iconic Las Vegas Sign was designed by Betty Willis in 1959. Located at 5100 Las Vegas Boulevard South, the sign stands 25-feet tall. The sign was added to the National Register of Historic Places in 2013 and stands as a recognizable symbol of the city.

Whether you’re looking to attract customers with the glitz and glam of flashing lights or want to be noticed at night with a neon sign, Bartush Signs is here to help! From LED and neon to free-standing or carved, we can help you with all of your signage wants and desires. Contact us today to make your unique idea come to life!