You are here:
September 16, 2020Leave a commentFun, HistoryBy Natalie Shaw 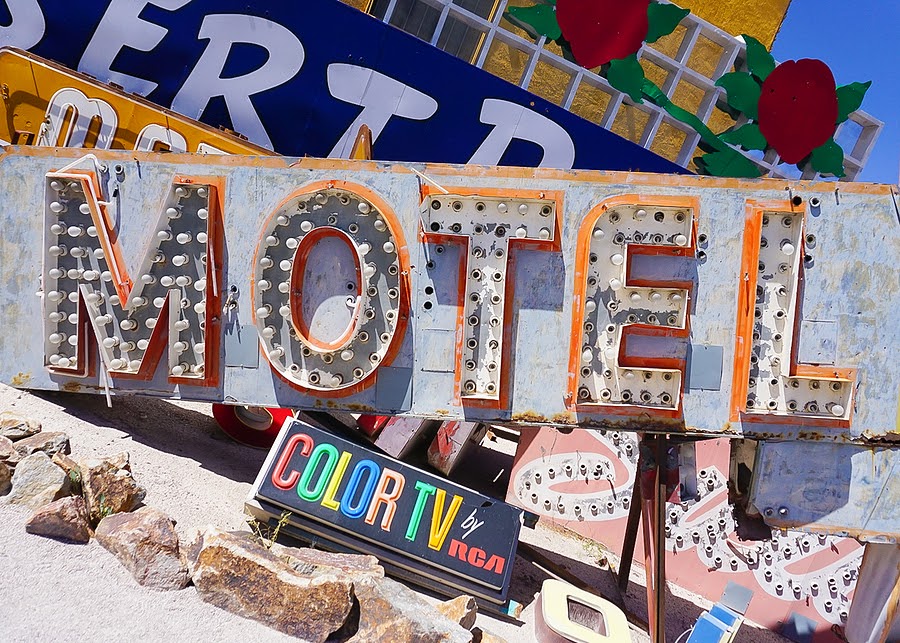 Ever wish you could get a glimpse of the past just by walking down the street? The Neon Boneyard Museum located in Las Vegas, Nevada makes that possible. The Neon Museum was originally founded in 1996 and is dedicated to gathering and preserving iconic Las Vegas signs.

Not only do these signs capture a part of history and preserve a moment in time, but they also help tell a story to future generations, serving an educational function as well. While we may be encouraged to not judge a book by its cover, there’s a lot you can tell from a sign, such as the era it was made, the designer’s inspiration, and what kind of persona the business took on.

The Neon Museum has signs from the past that visitors can view among its Main Collection, the Northern Gallery, as well as the visitor’s center. The main Collection hosts over 200 unrestored signs with some dating back to the 1930s. The visitor’s center itself resides inside what was once the La Concha Motel lobby, and the Neon Boneyard North Gallery not only houses additional retired signs, but can also be rented for weddings, special events, and educational programs.

Excited to plan a visit? The Neon Boneyard Museum is open year round and offers one-hour guided tours, or you can view the signs at your own pace on a self-guided tour. While you’re there, you’ll want to check out the North Gallery. Once the sun goes down, the signs come to life with dazzling lights and sounds. We recommend keeping your eyes peeled for the famous signs listed below. 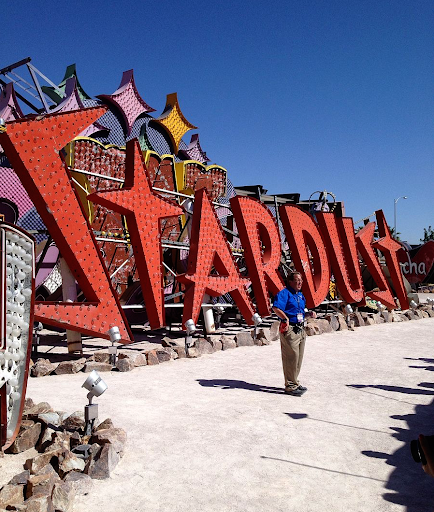 The Stardust is certainly the star of the Boneyard as its massive size captivates visitors. This magnificent sign dates back to 1958. The entirety of the Stardust facade sign was certainly hard to miss as it measured 216 feet long and was illuminated with 7,100 feet of neon tubing and 11,000 incandescent bulbs. The Stardust sign was rescued after the resort and casino closed its doors for the last time in 2006, leaving the building to be demolished in 2007. The building may be no more, but the sign sits in retirement at the Neon Museum. 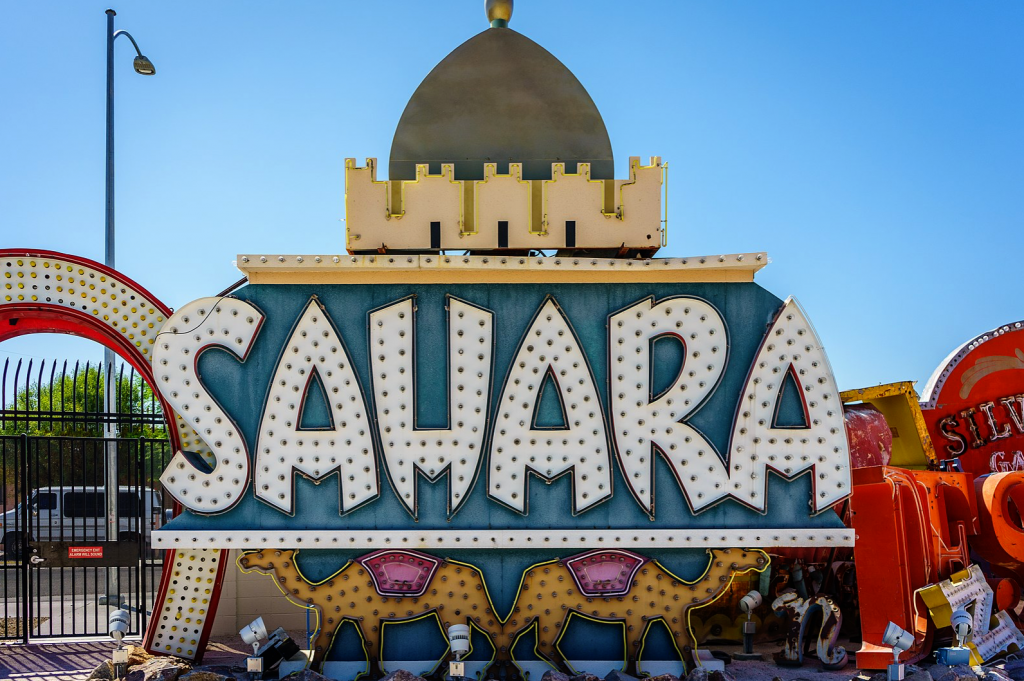 The Sahara is another 1950s era sign that was home to a Moroccan-themed hotel. The Sahara debuted in October 1952 after spending $5 million on the business venture. The hotel included 20 acres of land and 240 hotel rooms that would later be expanded to house 1,720 rooms. Not only did the famous hotel host members of the Rat Pack, the Beatles, and other Hollywood elite members, but it also contained the first olympic-size swimming pool in Las Vegas. Unfortunately, the Sahara closed its doors in 2011, and now the sign can be found resting at the Boneyard. 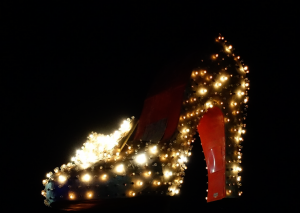 Glittering shoes can catch anyone’s attention, so it’s no surprise that the Silver Slipper caught ours. The Silver Slipper was erected in September 1950, but it was originally known as the Golden Slipper as the “Silver Slipper” name was already in use. Once the small establishment was bought out, the Golden Slipper got its name changed. The casino closed its doors in 1988 and was later demolished in 2007. While the famous Silver Slipper was sealed closed, had it’s rotating mechanism dismantled, and lights turned off in 1968, it was restored in 2009 and now sits on display at the Neon Museum.

Inspired to create your own breath-taking neon sign? Contact Bartush Signs in Orwigsburg, PA today! We can help your business standout with large channel letters, neon, or LED signs. Let us know what impression you want your business to make, and we’ll help you leave your mark on history.

The Most Iconic Signs in Nashville
August 9, 2021
Leave Comment