You are here:
January 14, 2020Leave a commentFun, HistoryBy Aubree Rader 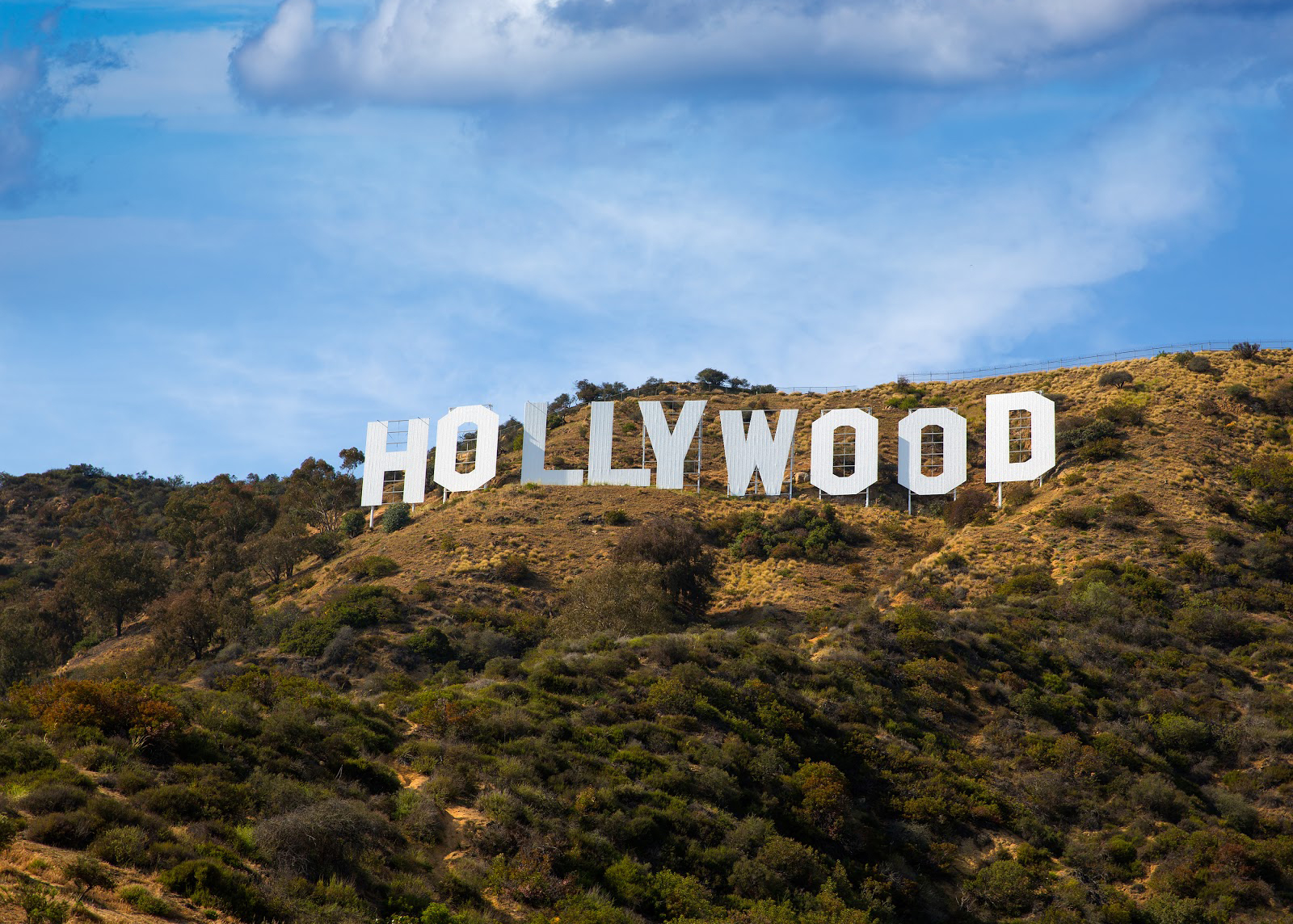 The “Golden State” of California is known for its impressive beaches and equally impressive redwood forests, the Hollywood Walk of Fame, San Francisco’s Golden Gate Bridge, and as the home of Mickey Mouse. But perhaps, the most recognizable landmark in the state is the Hollywood sign atop Mount Lee, Los Angeles.

Today, the word “Hollywood” encompasses thoughts of the booming movie industry, luxurious lifestyles, and the aspiration to reach that same level of success, but it was initially a term coined to advertise real estate. The sign that today attracts millions all over the world was conceived by Los Angeles Times publisher Harry Chandler as a means of advertisement for his upscale suburban housing development, “Hollywoodland,” in 1923.

The sign, which was originally made up of 13 letters, each approximately 43 feet tall and 30 feet wide, cost $21,000 to build and assemble. Laborers were required to carry the materials to build this sign up Mt. Lee by hiking on dirt paths, and the sign illuminated the side of the mountain with its 4,000 20-watt bulbs.

The billboard was only intended to last a year and a half, but after the Hollywoodland real estate development went under in the 1940s, in the wake of the Great Depression and impending war, the sign became property of the city in 1944. Since then, it has been transformed into the beloved landmark that we know today, standing firm for almost 100 years.

The “Hollywoodland” sign, which was neglected for years, underwent a restoration in 1949, led by the Hollywood Chamber of Commerce. “Hollywoodland” officially became “Hollywood” and the remaining letters were repaired. It was awarded official landmark status by the City of Los Angeles Cultural Heritage Board in 1973.

Years later, the sign faced even more disrepair with rusted letters and acts of vandalism. The letters “D” and “O” collapsed down the mountain and the letter “L” was set on fire by an arsonist. The sign’s letters were also rearranged by vandals to read “Hollyweed” and “Holywood.”

The Hollywood Chamber of Commerce and several celebrities came to the sign’s rescue once again in the late 1970s to scrap the original sign and order a complete rebuilding for a quarter million dollars. Alice Cooper bought an “O,” Gene Autry sponsored an “L,” and Andy Williams sponsored the “W.” Fleetwood Mac attempted to organize a charity concert and Hugh Hefner auctioned off the original letters.

The sign was restored after workers poured 194 tons of concrete, helicopters lowered steel frames, and the corrugated baked enamel letters were installed. The Hollywood Sign is now protected under new preservation efforts and taken care of by the City of Los Angeles, the Hollywood Chamber of Commerce, and the Hollywood Sign Trust.

Today, the sign attracts roughly 10 million visitors every year and guests can reach the Hollywood sign by hiking up one of three trails in Griffith Park that range in levels of difficulty — the Mt. Hollywood Trail (easy), the Brush Canyon Trail (moderate), and the Cahuenga Peak Hike (difficult). The park operates 365 days a year from sunrise to sunset. For those who want a view of the whole sign, The Griffith Observatory, Hollywood and Highland, and Mulholland Drive offer great sightseeing spots.

But you don’t have to travel to California to get a good glimpse of the sign. It has made cameos in popular movies, television shows, video games, song lyrics, and music videos. The “Hollywoodland” sign can be seen in the opening montage of Hollywood Boulevard (1935) for what may be its first movie debut, and the “Hollywood” sign collapses in the movie San Andreas (2015). Other pop culture references that mention the sign include Miley Cyrus’ song Party in the USA, Katy Perry’s California Gurls music video, and the show Joey.

Unlike the original Hollywood sign, Bartush signs stand the test of time. A Bartush sign is built to last, crafted from premium materials by industry experts. Our signs need limited maintenance and replacement, continue to look good as new throughout the years, and save you time and money. Contact us today to get started and see how a quality sign can help your business see success!

The 6 Most Iconic Signs in Boston
February 17, 2021
Leave Comment